THE SACRIFICES OF OUR COMRADES FOR WHICH WE CAN NEVER PAY BACK: "MARTYRS DAY 19th  September 1968":

It was nothing less than history created by the more than 40 lakhs of Central government employees. The One Day Token Strike of 19th September 1968 will ever remain as a Red Star in the minds of all those who participated and those who heard about it. The martyrs who sacrificed their lives before the gun shots of the cruel government or the Railwaymen who were crushed under the Railway engines will ever be remembered by the Central Government employees. It was only a One Day Token Strike, but it was dealt with like a rebellion or mutiny by the despotic government.

The demands were fully justified. Grant of Minimum Wage recommended by the 15th Labour Conference of 1957, Full Neutralisation of cost of living, Merger of DA with Pay, No casual-Contract-Contingency system, Settle issues of the ED and Casual labour – these are nothing but the ground level demands. But the Central Govt. was not prepared to concede them. It wanted to crush the workers movement, never to come back again. Essential Service Maintenance Ordinance(ESMO) was issued making the strike participants liable to be arrested and sent to jail. Even those outsiders who support the strike also will be arrested.

Thousands and thousands of workers were arrested. All India leaders in Delhi were arrested and sent to jail. Thousands were suspended, terminated and heavy punishments imposed. It was state terror on the poor CG employees who were only asking for a minimum wage to maintain their families. Rarely can be seen such cruelty in the annals of history.

The people who gathered in thousands in front of each exchange and office and supported the workers despite the ESMO and Black Rules. Calicut, was one of the divisions, which had to face the maximum punishment and victimisation. Few comrades, were under suspension for about long three years and then transferred outside the division. Criminal cases were filed against them. Leaders were banned from entering offices.But all the comrades faced the brutal attack without any complaint. This was the case every where. The workers  understood that the Indira Gandhi government wanted to crush the CGE movement and especially the Posts and Telegraph movement. But they never surrendered or moved an inch back. They fought back to the last to ensure that each and every worker dismissed and terminated is taken back.

There are pages and pages to be written on the sacrifices of the workers in connection with the strike, which can be done later. The strike was historic in more than one sense. The same government which refused to accept the demands were compelled to implement some of them afterwards. Each and every struggle is not vain. The result may come immediately or later. Secondly, the government understood that the P and T movement can not be crushed.

On this 53rd Anniversary of the One Day Token Strike of 19th September 1968, our Red Salutes to those Comrades who held the Red Flag of the Union till their last moment and  sacrificed their  valuable lives for the cause of the working class. 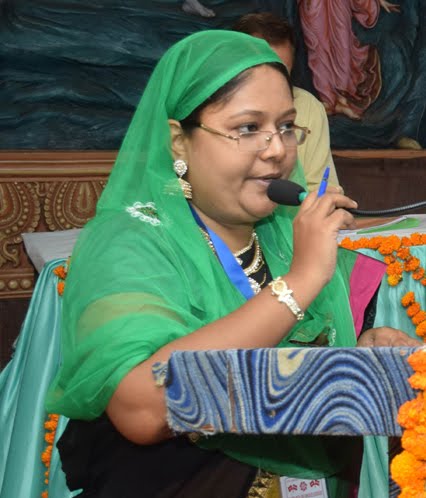